This summer Pakistan had the biggest floods in living memory. Leaving one third of the country under water. These flash floods were sudden and unexpected, over 33 million people were impacted by the floods, the floods destroyed concrete buildings and wiped entire villages of the map. There is an urgent need for food, clean drinking water, hygiene kits, for the rebuilding of houses and infrastructure.

Alhamdulillah while were able to provide thousands of people with emergency aid, such as tents, food packs, blankets and duvets etc, with winter now here and the temperatures expected to get much colder, there is a desperate need for solid shelters to protect from the elements and food to last the winter.

With winters getting colder every year, millions of our brothers, sisters and children who have been displaced, are in urgent need of winter aid. The people of Afghanistan have suffered for many years, the past year has been one of the worst in its entire history. First, they had their assets frozen then to be hit by earthquakes and heat waves, as winter approaches, millions will struggle to survive. Just from January 2022 until the beginning of March 2022, over 13,000 babies died from malnutrition. With this winter expected to be even colder, the need from emergency winter aid, is greater than ever before.

The Rohingya genocide, forced over a million Rohingya to flee to other countries. Most fled to Bangladesh, resulting in the creation of the world's largest refugee camp. Almost 60% of the refugees were children, they bring with them accounts of unspeakable violence and brutality. Rohingya children in camps and makeshift settlements in Bangladesh urgently need warm clothes and blankets as overnight temperatures continue to drop.

Lebanon remains the country with the highest number of refugees in the world today. There is estimated to be over 1.5 million Syrian refugees, over 300,000 Palestinian refugees and 16,000 refugees of other origins. Majority of the refugees live in tent settlements, abandoned buildings or in the country’s decades-old Palestinian camps, which are overcrowded and cramped.

Every winter millions across the ummah suffer from illnesses and even death, due to a lack of food, clothing, medication, no fire fuel or heaters and even without shelter.

“Whoever relieves a believer of some worldly distress, Allah will relieve them of some of the distress of the Day of Resurrection.”

Select the monthly amount you would like to donate. 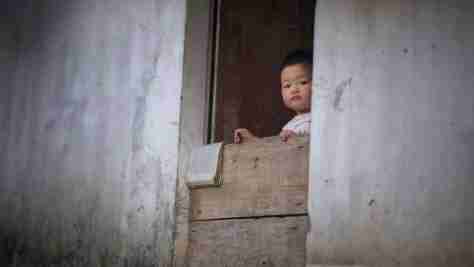 Whether you choose to donate monthly or as a one-off, your generosity is greatly appreciated.

Your donation will be a means of support for the most needy around the world and a source of great reward inshallah.

For zakat eligible projects you can trust us to ensure your donations are distributed correctly to the most needy. To view our zakat policy please click here.