The reality of bismillah 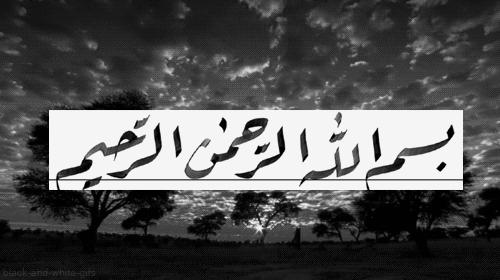 What makes this phrase so profoundly beautiful and powerful?

If there is one thing that we as Muslims are encouraged to say all the time,

Aside from the basic translation, let us dig a little deeper into the concept by appreciating the nuanced hidden meaning, uncovering an insight into this divinely revealed statement.

For this, I’ll need to highlight some grammatical points which even the non-Arabic language student will be able to appreciate InshaAllah.

See how all of the words are grammatically chained together?

What this means is that all of “بِسۡمِ ٱللهِ ٱلرَّحۡمَـٰنِ ٱلرَّحِيمِ”is one huge ‘fragment’. Each word connected to the next.

Simply defined, a fragment is ‘More than a word but less than a sentence’.

Therefore if it’s not a sentence, in a sense it is incomplete. Only sentences are complete language

For example, if you were to randomly walk up to a person and say, “The red car . . .”, then just walk away. That doesn’t make any sense.

What you said requires more information for the listener to understand; what is it that you are trying to communicate about ‘the red car’?

Rather, “The red car was stolen,” is an example of a complete sentence;

So now here’s the point.

It poses the question. Why is it incomplete?

What purpose does it serve being incomplete?

The remarkable reason for it is because it is what you do AFTER you say “بِسۡمِ ٱللهِ ٱلرَّحۡمَـٰنِ ٱلرَّحِيمِ”, that makes this statement complete.

This phrase necessitates completion. An action in this instance to take place thereafter. The very language suggests it.

Which is why we utter these words BEFORE embarking on any task, whether big or small. Be it cooking, cleaning, driving or studying.

So in other words, ‘Using the name of Allah, The Exceedingly Merciful, The Always Merciful, [I eat]’

If you flip it around, it still holds true.

You eat without saying Bismillah beforehand, the act of eating becomes incomplete. Any deed you do without “بِسۡمِ ٱللهِ ٱلرَّحۡمَـٰنِ ٱلرَّحِيمِ”is incomplete and deficient. Deficient in rewards. Deficient from receiving Allah’s blessings.

The phrase and the deed/s together work hand in hand and both are reliant on the other to become whole and complete. SubHaanAllah!

One other final nuanced meaning I wish to highlight is the sequencing of the words. In a normal Arabic sentence sequence,

You begin with a verb (an action),
the doer of that verb second,
then finally the recipient or the thing an action is based on at the end.

Now pay attention to the sequence in the translation,

“Using the name of the exceedingly merciful, the always merciful Allah, I eat”.

The action is based on ‘Allah’, coming first
and the action itself ‘eat’ right at the end.
A total reversal. A very unusual and peculiar way of speaking.

In Arabic Rhetoric this is called ‘Hasr’ or ‘Tawheed’; which is to restrict or to isolate your action to a single entity, in this case, only and only to Allah.

The work that we do, any task we want to embark on. We only ultimately do it for the sake of Allah and nobody else.

Each and every time you say “بِسۡمِ ٱللهِ ٱلرَّحۡمَـٰنِ ٱلرَّحِيمِ”understand it, appreciate it. You’ll see how it will adjust and redirect your focus and attitude.

A personal reminder to clarify and check your intentions before you act.

A reminder also that it is only because of Allah you are able to carry out the actions you intend on.

To humble you and to keep you in your place, and remembering Allah’s place as your supreme master of all affairs.

Your need of complete reliance on him alone in achieving those results you aspire for through your actions which can only be made complete by using HIS names. “بِسۡمِ ٱللهِ ٱلرَّحۡمَـٰنِ ٱلرَّحِيمِ”

Internalise this concept each time, and endeavour to achieve the highest state as a believer; A state of Ihsaan (Excellence)